Ian Heffernan had planned a five day jaunt mostly down the coast as far as Port Macquarie, and then home again through the hinterland. I got a late invite, and then there were six - Ian, Mike Luetjens, Mick Logan, Garry Walker, Bradley Thompson and me (they had to invite at least one GS, otherwise all they had were three KTMs, a Triumph and a Kwakker).

We gathered bright and early at the Ettamogah servo, set off down the highway as far as Yatala (no pie stop), then headed inland and up to North Tamborine for breakfast. Refreshed, it was back down off the mountain, past Hinze Dam, past Natural Bridge and through the Queensland/NSW border, eventually stopping at Uki for lunch and the first pies of the trip - with many more to come!

We continued on after lunch through the twisties to Kyogle and then on to Maclean via Casino & Lawrence. We had a nice little ferry ride across the Clarence River followed by a tour around half of Woodford Island and then up to the Maclean Lookout.

We spent the night at the Maclean Hotel & Stuart Bradley joined us there for the night. Good clean single hotel rooms & great food. It received a tick of approval by all and is added to our recommended list.

Day two started with a forgettable breakfast across the road from the pub. We got going quickly as a result.  Stuart led us back across the ferry to Lawrence which saw us avoid the highway and take the narrow riverside road into Grafton. A quick photo at the entrance to the historic Grafton Gaol (opened in 1893) and a chat with an adventure bike enthusiast warder at the gate and we were off to feed the thirsty Kwakka.

Nymboida road was next and then Dorrigo for morning tea. The waterfalls on the Bellingen road were as impressive as ever.  Stuart left us at the highway and headed north to some drudgery or other while we headed south. We took mostly tourist drives visiting Bowraville, Macksville,  South West Rocks (and another old Gaol). We continued to avoid the highway and ended up in Kempsey to feed the Kwakka again at NSW's most expensive servo. Quick run down the Pacific and off at Telegraph Point turnoff to Wauchope then Long Flat on the Oxley for an overnight stop.

Mixed feelings here. Cover was provided for the bikes which was useful as it rained next morning.  Meals were a pricey choice of an excellent pie or lamb racks only. Sleeping was a disaster in that despite single rooms being promised,  six beds were provided in two open adjoining rooms at single room prices.  No happy campers that night but we made the best of it when management wouldn't budge. We don't recommend Long Flat.

We left Long Flat and headed up the Oxley  Highway which provided a few twisties to Walcha then headed North to Bundarra where we had a coffee (green tea) break with toasted sandwiches at the local and only café, plenty of character and worth a visit. After refreshment we were entertained by the local talent Annabelle and Aunt Mary and four others from the local Bingo Club. We were invited to join them next time through but thought better of it so we made a hasty departure up over the range (banjo country it reminded me of) when the weather turned against us, which called for  a slower trip over and down the other side to Bingara. This would be a great trip when the weather is fine, thoroughly recommended. Arrived at Bingara and three of the KTMs rode up to the lookout which turned out to be worth the trip as it provided a great view over Bingara. A quick tour of Bingara and back to the pub for a shower and a few cleansing ales followed by a couple of reds. Accommodation to be recommended as we had our own rooms and our bikes had undercover parking. 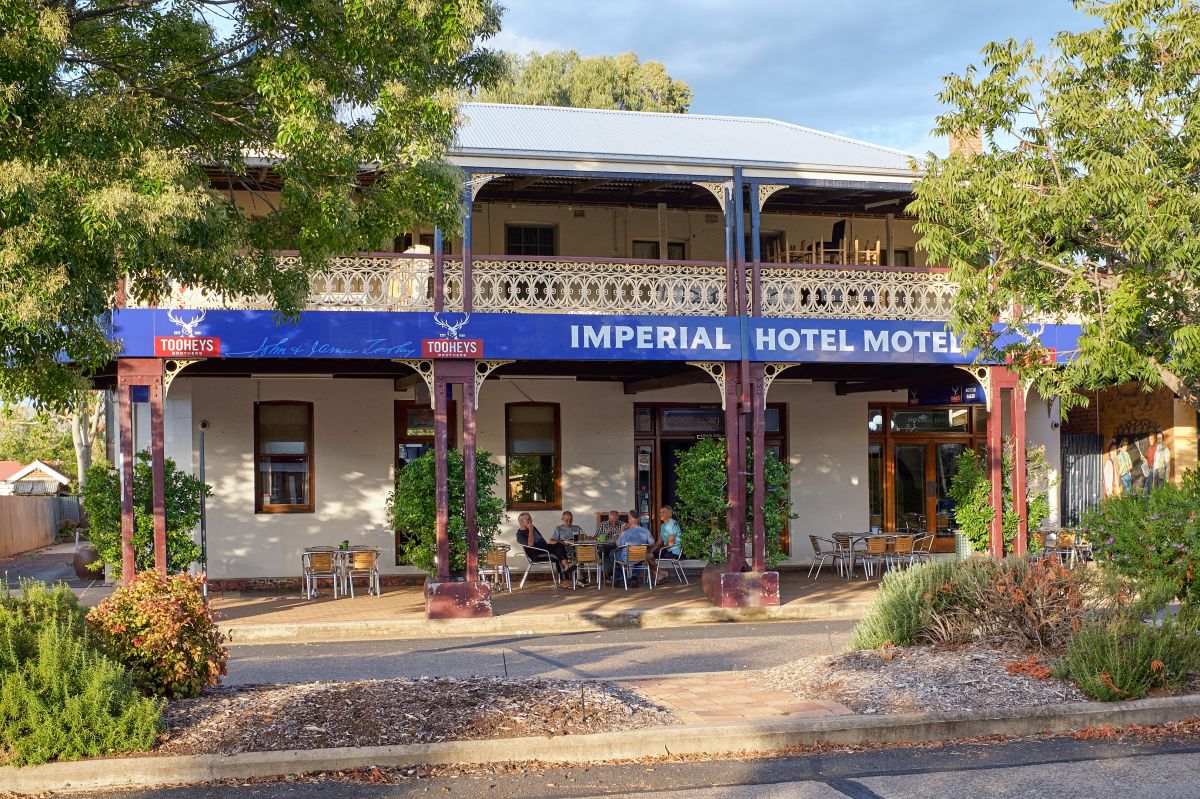 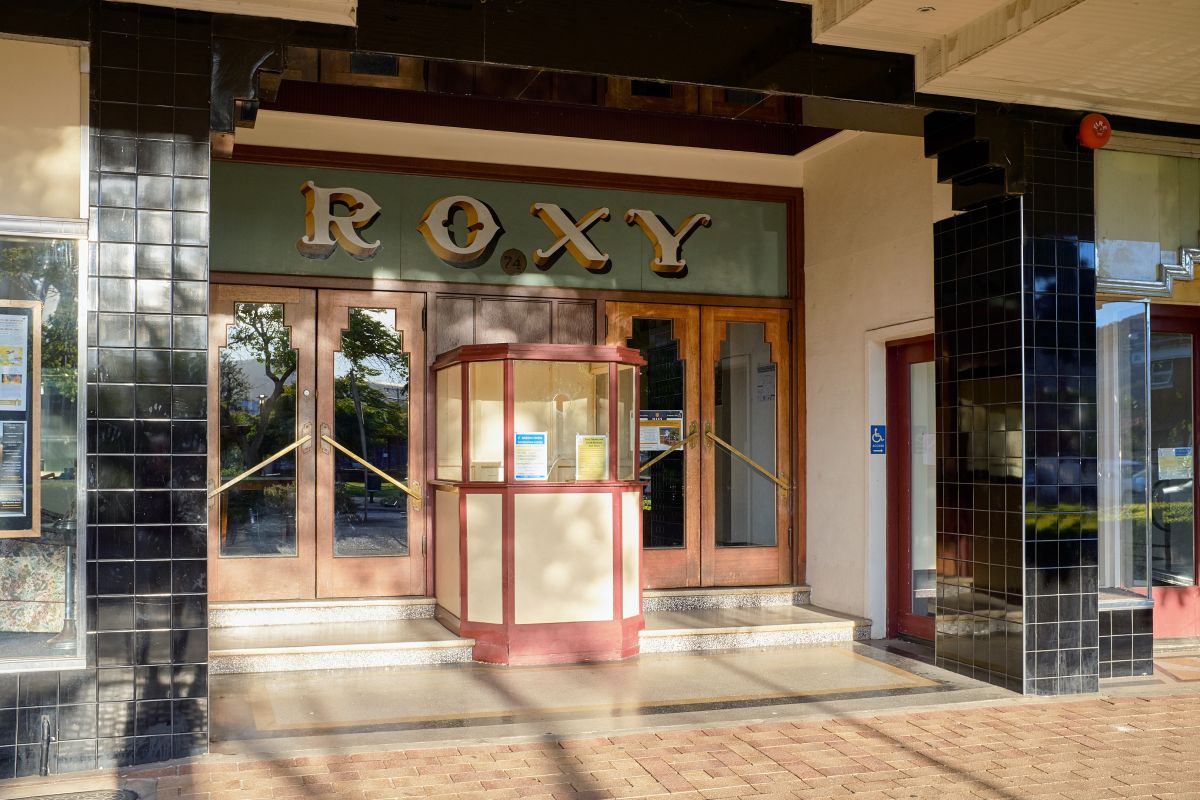 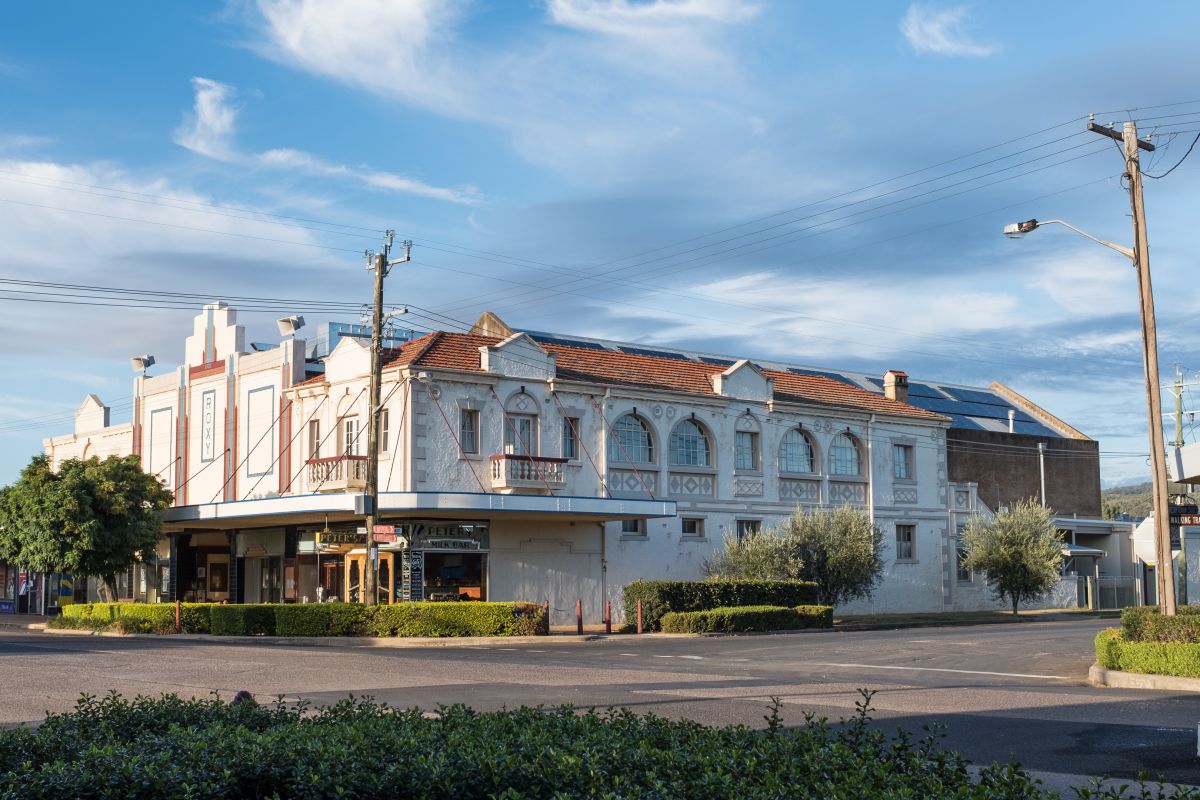 After a stroll around Bingara and a very enjoyable breakfast at the Imperial Hotel we headed off towards Inverell via Copeton Dam on a pleasantly winding road with few cars, cows or kangaroos.

From Inverell we rode north to Ashford and on towards Bonshaw where we joined the Bruxner for a leisurely ride to Tenterfield and lunch.

After Tenterfield we continued along the Bruxner where the bends got tighter and  the "red mist" descended so we enjoyed a brisk run to Tabulam.

Heading North once again on the Clarence Way to Urbenville via Bonalbo we were all impressed by the views and picturesque forest road through Woodenbong, Bald Knob, Old Koreelah and on to Legume. The road through there is narrow rough  and well  used by trucks but the scenery made it very worthwhile.

At Legume we turned right to Killarney and our bed for the night at the well known and hospitable Killarney Hotel where the meals are good and the red wine is very palatable (according to those who partook).

Another most enjoyable day!

Garry had previously been through some of the back roads north of Killarney so he led us out of Killarney and onto Spring Creek Road. A brief photo stop at Carr's Lookout, where Mike rode on ahead while we proceeded at a sensible pace, making allowance for cattle and wildlife alongside the road. No hardship as there was beautiful scenery to be enjoyed. 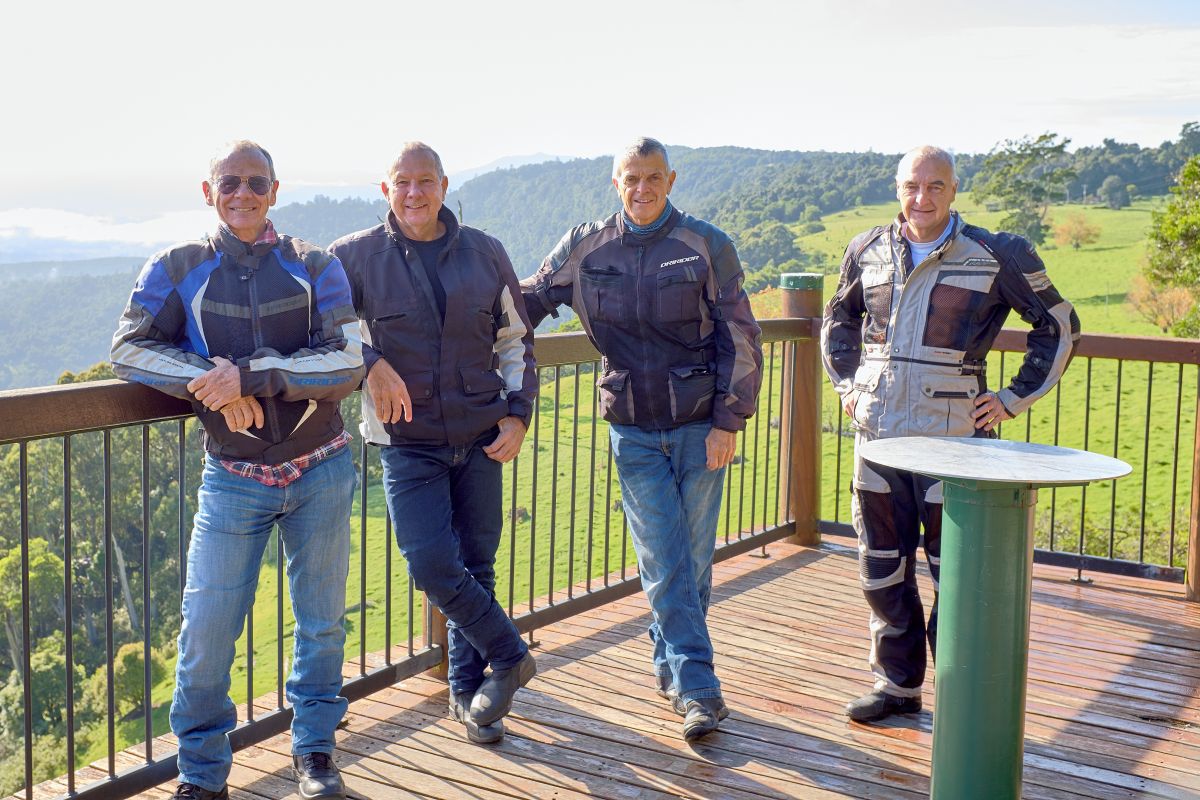 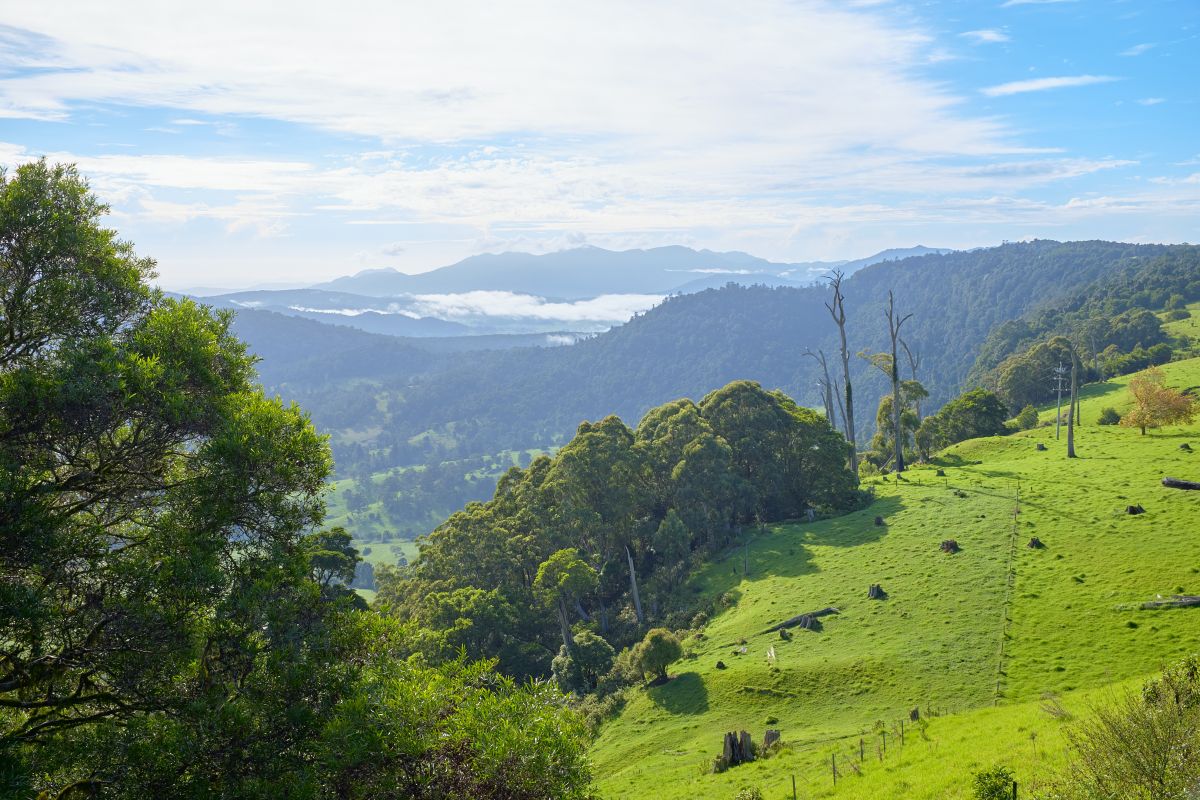 Nearing Boonah we detoured up Mount French to admire the view from the lookout. Then, back down the hill and into Boonah for the first decent coffee of the day. Mike had already headed for home as the rains were threatening further north, but we considered it more important to top up our caffeine reserves. This done we headed out of Boonah and joined the Cunningham Highway, turning off for Fernvale and "home turf" through Somerset Dam  and into Kilcoy for our lunch break. A fellow traveller warned us of heavy rains in the region of Woodford so we suited up before continuing. This soon proved to be a wise decision as this turned into the wettest leg of our whole journey.

Four headed off along the low road of  Commisioners Flat while Steve took the Stanley River high road into and even above the clouds. All duly arrived at their respective homes safely after a very enjoyable few days on good roads in good company. Thanks Ian for organising the trip, we look forward to the next one.

The map below has each day's route in a different colour. Red is day one.

With the rain gone, 8 geese took off from Yandina for points west and north. 1st stop Boorumba Dam…

Another good turnout at the cafe, and Ozzie put his hand up to lead us on a well worn…